We are immensely proud of our resident and guest choreographers and teachers and work hard to regularly introduce new experience to our students.

Renton Dance Studio offers students a uniquely enriching breadth of shared knowledge from across the industry. From an established staff with unsurpassed knowledge to West End and Global performers, our aim is to offer an 'all round' education in Performing Arts.

Some time after training with Irene Lovell (Royal Academy of Dance), in the mid sixties I began teaching when quite by chance I inherited a small group of children aged 6 to 13 years who trained on Saturday morning. In Chapel Lane Church Hall I offered classes with pianist, Pat Styles, in a school named the ‘Fox Lane School of Dancing’.

As numbers grew, Brenda Ridout joined the school and added tap and modern classes and with the school expanding into St Johns Church Hall & Blunden Community Hall, Lorna Tidman, who ran her own school in Camberley, also joined the team.

The school continued to grow and after a number of years Lesley Hayes became part of the team, when dancers began competing in the local festival at Oak Farm School. The school again relocated, moving to Tower Hill School where I was teaching and again the teaching team was expanded with Sandra Davey, a very innovative tap & modern teacher, joining us.

Continuing to grow year after year, success followed with some outstanding Festival and Exam results although the school was forced to move once again when the Tower Hill facility was no longer suitable.

It was at this time, in the late nineties, when the exciting opportunity to form The Renton Dance Studio, based out of the refurbished facilities of the old Barclays Bank, came along and a new era began. The studio in Alexandra Road has been our home ever since.

The school has gone from strength to strength and worked with some outstanding creative spirits such as Emma Rogers (worldwide Director and Choreographer, Artistic Director - Performers College) and Nick French (Vice Chair – ISTD Tap Committee, ISTD Theatre Faculty Board, ISTD Examiner, Head of Musical Theatre – Bird College and West End Choreographer). Emma and Nick were instrumental in helping the school grow and become recognised for its high standards in RAD and ISTD syllabus work as well as National level competitions. I am so very proud that this continues today.

Many of our students have become very successful in the industry appearing in West End shows in the UK and around the world.

The Renton Dance Studio continues to grow in strength, adapting to changes in the industry by introducing outstanding teachers and choreography to present dancers with new challenges. The school’s current creative team offers dancers a unique breadth of opportunity across a number of genres and I will continue to look for more opportunities to maintain the high standards they have the potential to achieve. 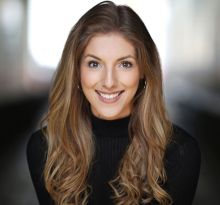 Olivia, a former Renton student, graduated from Bird College with a First Class BA Hons Degree in Professional Dance and Musical Theatre. Prior to Vocational training, she was an Associate at the Royal Ballet School for 7 years in addition to 2 years on a scholarship at London Senior Ballet.

Professional performances include; Ensemble / u.s Lisa in Mamma Mia, Ensemble Blue Planet, Veronica / u.s Stephanie in Saturday Night Fever, Aerialist in In The Air, Emsemble in Puttin' On The Ritz (UK Tour), Ensemble in Jack and the Beanstalk (Hereford Courtyard).

Olivia has a qualification in counselling skills and First Aid trained. 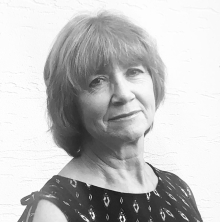 Loraine has been at the heart of the dance school since joining in 2001. A truly special teacher who has nurtured hundreds of our young students towards their first round of performances and competitions. Loraine is also a master seamstress and many of the costumes featured in our shows and competition dances are her handiwork!

Starting her own dance career aged just 3 years, Loraine competed from the age of 11 before leaving school to train in London with Ruth French for her RAD majors. In her mid-twenties, she joined a cabaret dance group, dancing throughout the UK for many years. Prior to joining Renton, Loraine taught ballet, tap and modern at four dance schools starting in her teenage years, developing a passion for National Dance. Many of Loraine's dances have been successful in reaching the All England Finals, with accolades including winning the Overall National Awards at the final gala. 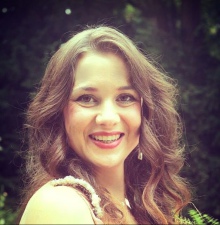 Kate holds a Bachelor of Arts (BA), Theatre from Guildford School of Acting (GSA) after graduating from the Royal Academy of Dance in 2009 and has been coaching Vocational RAD Ballet at the Central School of Ballet, London for over 10 years.

An internationally experienced performer, choreographer and teacher, Kate has worked with the likes of Rod Stewart and Ashley Banjo from Diversity and on stages in Europe, Asia and South Africa. She performed with The English Ballet and Darcey Bussell for the 2012 Olympic Games closing ceremony "Spirit of the Flame" dance in front of a live stadium audience and worldwide television broadcast. 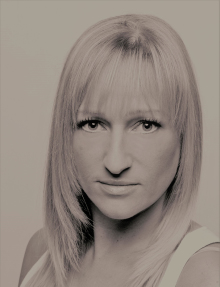 Paula trained at the Arts Educational School, Tring and then at the Lladro School of Dancing in Farnborough. Whilst at Lladro she attended additional exam classes right here at Renton! Paula then went on to travel the world in her professional dance career which took her to places such as Dubai, Oman, Portugal, Hong Kong, Bahrain, Spain, Greece and India. In 1999 she was in the touring cast of 'Casper the Musical' directed by David Bell, which then premiered at the Shaftesbury Theatre in the West End in 1999 and 2000.

Paula settled in Somerset and gained her RAD teaching certificate in 2006, she is also an affiliate member of the IDTA. Whilst teaching in Somerset Paula ran her own dance company 'Destination Dance' for 10 years, providing dancers for corporate events worldwide. In 2016 she sold the company which is still going strong but continued her passion of teaching. Paula is delighted to be moving back to the area and joining the Renton team, bringing her passion for dance right back to where it all started. Born in Malta, Justine moved to England at the age of three when she began dancing at The Renton Dance School.

After completing her exams with Renton, Justine later successfully auditioned for and attended Reynolds Performing Arts, graduating in 2012 with a Musical Theatre Diploma. 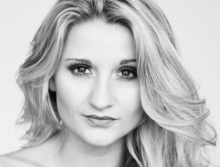 Natasha is soon to be joining the West End cast of 9 to 5 as first cover Doralee at the Savoy Theatre. As a hugely successful performer she has appeared in shows such as Me and My Girl, CATS, Hairspray, Grease, Seven Brides doe Seven Brothers, BBC's Strictly Come Dancing, Annie Get Your Gun and ITV's Xtra Factor. Renton is honoured to benefit from Chris' innovative choreography for individuals, duets/trios/quartets and group dances. Hannah has also recently completed her 200 Hour Yoga Teacher Training in India, and is an Aida 1*2** Pool Certified Freediver, with projects in the making

She would also like to offer her sincere gratitude to Senta Renton for welcoming her home, and much love too all the teachers, students and parents in the Renton family! Hannah is trained in a huge range of dance styles including modern, ballet, tap, hip-hop, commercial, contemporary, heels and more,

After graduating from Tiffany Theatre College in 2014, Hannah trained in Los Angeles, gaining a vast array of techniques and establishing respected contacts, including mentor, the 'Queen of Heels', Aisha Francis.

Since returning to the UK, Hannah has worked with Demi Lovato (The Jonathan Ross Show), Tinie Tempah (SW4 Festival), Starley (Top Of The Pops NYE Special) and was one of the two featured dancers with Camila Cabello for a number of performances of her hit song 'Havana' including; BBC Radio 1 Teen Awards, Los40 Music Awards in Madrid, MTV EMAs 2018 and two television show in Tokyo, Japan.